Who is Marcia Fudge- the New HUD Director 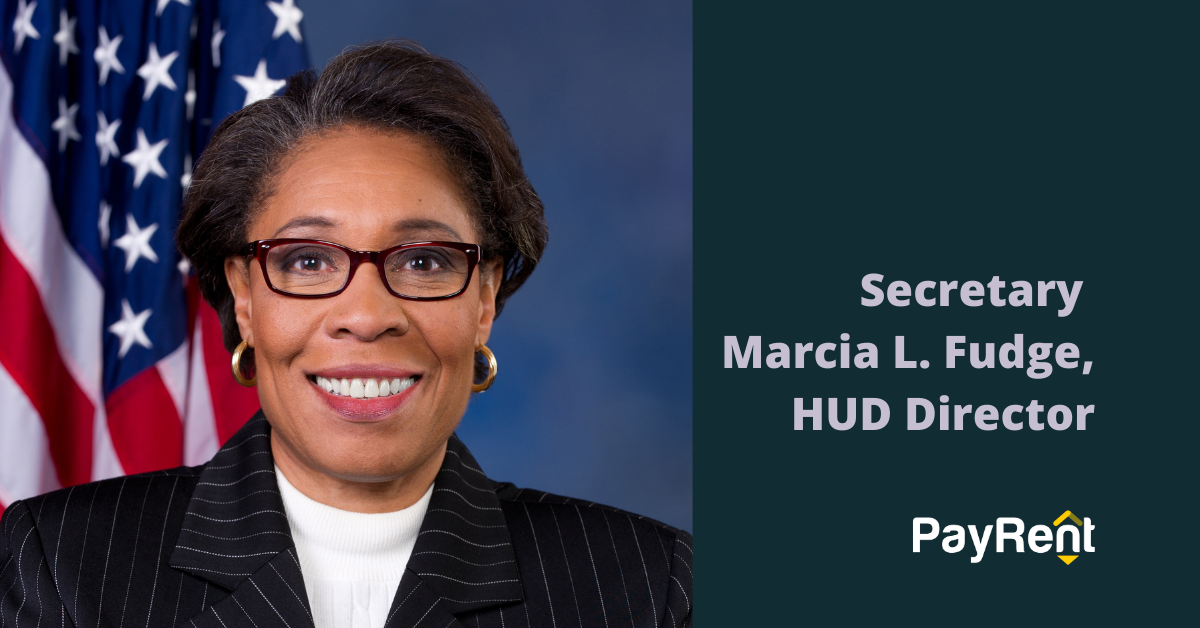 Marcia Louise Fudge was confirmed as the 18th HUD Director (Housing and Urban Development) by the U.S. Senate on March 10th, 2021, and virtually sworn in by Vice President Kamala Harris. Fudge is the first woman of African-American descent to serve as HUD Director since the Carter Administration. She earned a Bachelor of Science in business from Ohio State University and a Juris Doctor from Cleveland-Marshall College of Law.

Secretary Fudge was the first African-American woman to be elected Mayor of Warrensville Heights, Ohio, in 2000. She was Mayor until 2008. Fudge held the position of chief of staff to Stephanie Tubbs Jones during her first congressional term. She served as a U.S. State Representative for the Ohio 11th District from 2008 until 2021. She ran unopposed for the seat after the death of Stephanie Tubbs Jones in a special election.

In 2008 Fudge won the House seat with 85 percent of the vote, defeating Republican Thomas Pekarek. She served in several capacities in Congress including:

After the congressional mid-terms in 2018, Fudge considered a run for House speaker, then chose to back Nancy Pelosi. When President Biden chose her as HUD Director, she resigned her position in the House of Representatives.

As Secretary of HUD, Fudge plans to find housing for 130,000 Americans that are homeless and to address the increasing prices for homes. The issue is that the “inventory of homes is less,” and the average home price is increasing. One of the problems facing homebuyers is that “credit is not available and accessible for people who qualify for homeownership.”

Fudge has stated the moratorium HUD has on evictions “expires on June 30,” but the CDC is “trying to determine an applicable response to move forward.” Fudge says, since FHA is in her sphere, they will work with issues of “restructuring,” “access to credit,” and the “down payment” as part of the solution for this issue. More than 580,000 people live in homeless shelters, so the situation is critical.

Fudge says that she’s eager to begin her role as HUD Director and considers it an honor to serve in this capacity. She intends to make fair housing a priority. During her Senate confirmation hearing, Fudge was asked about plans HUD could put in place to address housing issues of low-income families and seniors.

How Past Experience Will Shape HUD Policies

When Secretary Fudge was the Mayor of Warrensville Heights, Ohio, she understood the need for affordable housing and economic development. As Mayor, she was able to improve the city’s tax system and create new opportunities for affordable housing. Fudge understood the needs of her district were unique and realizes the needs of each state are different.

The secretary stated to the committee that her record in Congress indicates that she was bipartisan and worked with members across the aisle on policy decisions. Her goal is to address the homelessness issue and provide affordable housing for all Americans.

Secretary Fudge understands that each community has unique housing issues and will work with state and local leaders to ensure that all families have access to affordable housing.