Political Signs on Rental Properties- What you Should Know 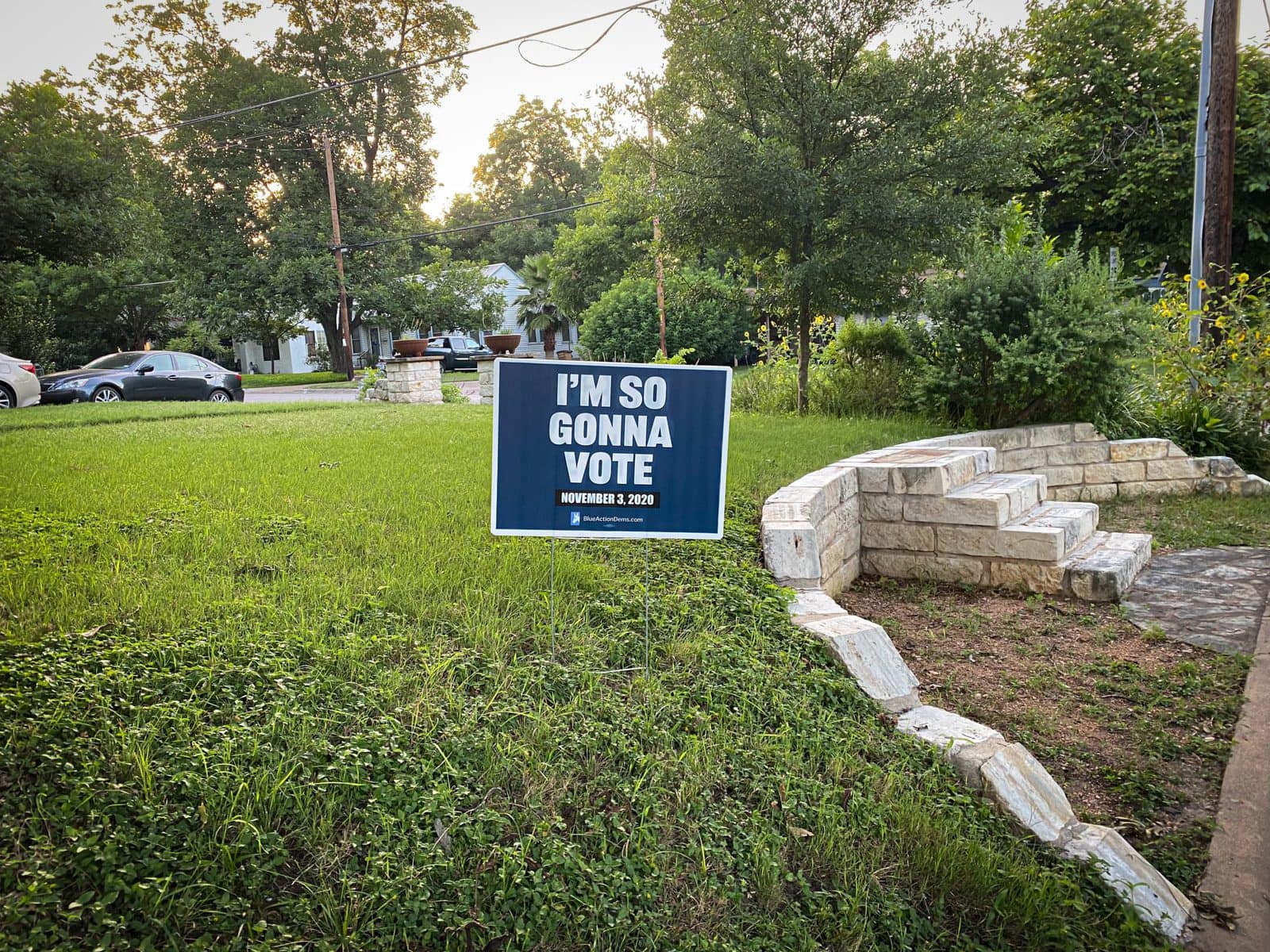 Along with crisp leaves, pumpkins, and colder temperatures, autumn brings the excitement of election season-especially during a presidential election year. Tenants, as well as landlords, often want to express their causes and support of candidates in the form of political signs on rental properties, including yard signs, window displays, and perhaps even large flags.

In a potentially politically polarizing year, however, this support can become an issue. Perhaps the renter wants to display yard signs supporting one political leaning, while the owner desires to advertise for the other side. What about flying a giant Trump flag? When landlord and renter opinions differ on these displays, who has the final say in what can be posted?

Pre-planning for political signs can help ensure this becomes less of an issue. Public sign restrictions can be written into the lease or rental agreements. In these cases, a polite reminder of those rules is often enough to settle any concerns. When there is no such language in the agreement, any disagreement on sign placements is harder to navigate.

Some states have specific laws regarding tenant rights to display signs of any type, while others do not. California, for instance, passed a law in 2012 that allows tenants to display political signs. There are some restrictions to that law, including size.

Where there is no state law granting tenant rights to display public signs, a rental agreement containing such a clause can often be upheld by the court. The exact wording of the stipulation can also be a problem, so be sure to thoroughly research options to ensure it would be enforced by the courts if need be. Previous cases will often be used as points of reference when no clause is present.

Local governments may also have regulations for public signs, restricting placement locations, sizes, or various other categories. Although a tenant might want to display a billboard-sized poster for Biden in their front yard, it would be wise to check both their lease and local laws.

The Massachusetts case Nyer v. Munoz-Mendoza, 385 Mass. 184 (1982), initially decided against a tenant who wished to display a sign on their exterior door protesting a planned subdivision and conversion of the property to condominiums. The decision was appealed, and the Supreme Judicial Court sided with the tenant. Although political yard signs were not specifically mentioned in the ruling, the semantics support renters’ rights to display signs that do not match the landlord’s beliefs.

Previous Massachusetts cases were cited as determinants in the Nyver v. Munoz-Mendoza case, including Lowell V. Strahan 145 Mass. 1 (1887). In that case, the tenant was granted the right to control the outside walls and windows. This decision was reached, in part, due to such restrictions being “absent special provisions in a lease or in the terms of the tenancy”.

Settling such a dispute in court can be expensive, time-consuming, and damage landlord-tenant relationships. If a clause was not put into the lease, and compromise cannot be reached, arbitration or mediation could be another solution. Some rental and lease agreements require both parties to try such a method in the case of disagreements. When in doubt, a landlord or tenant can carefully review their lease with a lawyer if necessary.

As with most disagreements between landlord and renter, effective communication and compromising can be vital in keeping both sides happy. If the landlord’s primary concern is a cluttered yard, restricting the signs to 1 per yard can be useful for single unit rentals. A single sign per unit allowed may be an option for multi-unit rentals. The size, location, and length of time displayed can also be addressed in agreements. These should be as specific as possible.

If such an arrangement is written in the rental or lease agreement, or one not allowing any signs displayed, discussing the matter before the document is signed would be useful. This would ensure both parties know the terms before an emotion-filled election season.